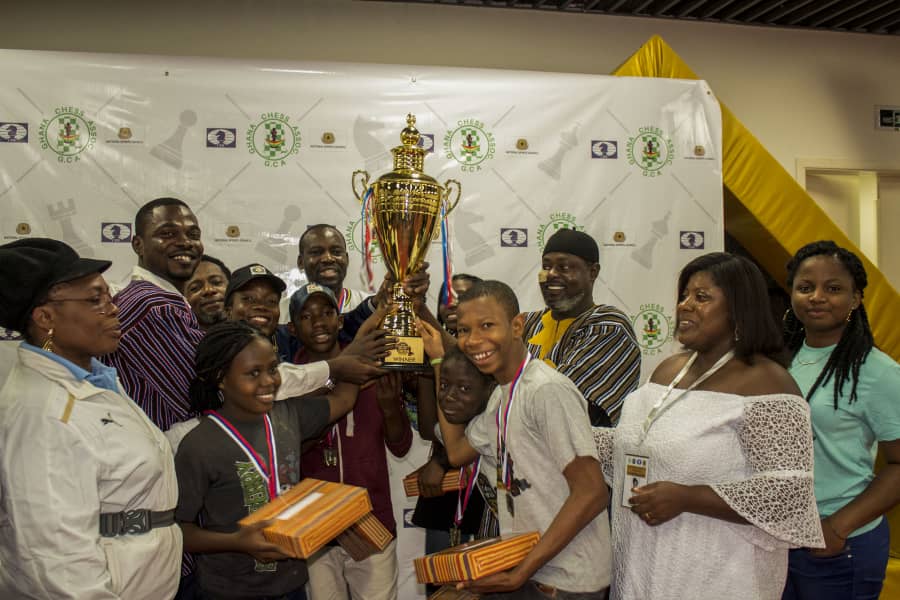 Ghana hosted the maiden edition of the zone 4.4 youth under 16 chess championships from 16th – 23rd December at the Cape Coast sports stadium after several attempts since 2015

The tournament featured 5 teams from Ghana and two from Nigeria who engaged in an all play all games over 5 days.

The Nigerians, who had just returned from the National Sports Festival in Abuja seemed better prepared for the contest as they won the initial rounds convincingly against the Ghanaian side.

The Ghanaians, who were fairly new to classical FIDE rated competition took time to warm up into the games, this was evident when Ghana team D held the experienced Nigerian side to a 2-2 draw with convincing victories by Larry Vandyke and Enoch Nenyo Kpodzi against the PWC sponsored team. This result made Nigeria team A, coached by IM Adu Oladapo, automatic winners

Ghana’s best performing team was Ghana Team B made up of Naren Varyani, Joseph Sovereign, Audrey Aryiku, MalavDaftary and Eaga Rushikesh and they finished 2nd runner up.

Full details of tournament can be found at chess-results.com/tnr401375.aspx?lan=1

Thanks to all who made this dream happen. 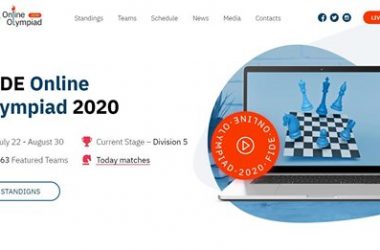 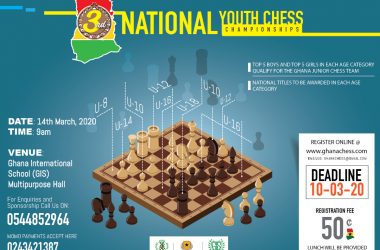 Administrator
Read All Posts By gca